Home sweet home, our little Dubai nest makeover by Kathryn from House of Hawkes. Moving into a new home is always fun and exciting, but sometimes you kinda just get stuck and need a fresh eye. I was over the moon when Kathryn offered her skills and advice with the makeover. She had amazing ideas and tips that made such a big difference. We absolutely love our little home and can’t thank Kath enough for all her time, effort and input in making this apartment a home.

Kathryn – ‘If the name Natelee Cocks seems familiar to you, it may be because you’ve seen it on my website and Instagram feed before. Quite often in fact. A fellow South African and wildly talented photographer, Nat is a work colleague, who has become a dear friend – and my go-to girl for interior photography. Earlier this year Natelee and her hubby moved into a gorgeous duplex apartment in the Dubai Marina district and I was thrilled when she asked me to help her with a makeover in their new home.

Let me start by saying that this apartment was pretty amazing, to begin with and that I knew two things for certain going into this project; (a) it was never going to be a case of having to ‘fix a mess’, but rather a process of adding some warmth and character to what was a hard-core minimalist’s dream, and (b) the before and after photos were never going to be as impressive as they usually are. The latter not only because they were both taken by Natelee, who is incapable of taking a bad picture, but also because, point a. Obviously.

As Natelee and her hubby are unsure of how long their stay in this rental apartment might be, we stuck to a modest budget and worked with many items that they already owned, repositioning furniture pieces where needed and adding a few new key elements here & there. Despite several urges to keep adding more, I maintained the utmost respect for Nat’s purist, uncluttered and minimalist style.

The really big change happened in the living room, where we injected some serious drama by painting the enormous double volume wall behind the TV black – Jotun’s ‘Blackened Black’ to be precise. We also added a new industrial style TV bench from IKEA, greenery on the wall above the gorgeous West Elm sofa and some poufs for extra seating. I found the poufs at Dubai Garden Centre.

Across from the lounge in the open plan living area, the dining room maintained it’s understated elegance with some new chairs, also from Dubai Garden Centre, and a fabulous wall hanging that Nats and I had both been lusting after for some time. Imagine our delight when we saw that it was now available locally from from one of Dubai’s newest concept stores, Urban Nest.

Moving on to the bedrooms. The master is huge and I was desperate to add some colour to the walls. I envisaged a colour palette of dusty pink and a mossy green (the green ideally as a colour block on the lower one third section of the wall), but Nat was keen to keep it super crisp and simple in there. I managed to incorporate some pink textiles from H&M Home and we recovered an old chair in camel leather that Natelee got from a client, Nomad8.

The pink and camel colours are both reflected in the gallery wall made up mostly of Natelee’s own amazing photographic work. Furniture was re-arranged and a huge circular mirror installed above the long bank of white IKEA drawers. A simple elongated globe hangs alongside the bed, draped over an oversized terrazzo wall hook that we sourced from one of our favourite Dubai concept stores, Emaan Home.

The large scale West Elm rug was a fabulous find picked up by Natelee during a summer sale. I love the texture and warmth that it brings to the room.

Aside of her own exquisite photography which now graces the wall of her home (would you believe there was none on display before?), Natelee has a growing collection of artwork from South African artists that she loves, including the small and intricate framed pictures to the left of the bed by Maria Magdalena and the lunar inspired art piece called ‘colour of bruises’ by Amy Keevy that sits within the new gallery in her bedroom.

The guest room is probably my favourite space in this home, mostly because I’m a little obsessed with the wall colour, Jotun’s St Pauls Blue, which was chosen to complement two stunning cushions that Natelee already owned. We changed the side table and installed a little gallery on the wall opposite the bed, this time on some trusty IKEA picture ledges and re-used the white IKEA PS cabinet that had previously acted as a TV bench in the living room.

One of Natelee’s palm images takes centre stage above the bed and is in good company with the abundance of greenery that makes this room such a dreamy space.

Last but not least, Natelee’s gorgeous office nook and the scene of some epic editing marathons. It’s situated on the landing and is right beside a large open void that looks down into the living area below. Despite being a relatively small space, the light and airiness make it one of the nicest spots in the home. There wasn’t much to change here, but we did manage to cover the unsightly electrical box with another one of Natelee’s photo prints.

I had such fun working with Natelee on this project. It was a labour of love for both of us – and I say that because between our busy work schedules and a few little setbacks with some online orders, the makeover took much longer than we had planned, but we got there in the end. Whilst the project didn’t present any major dramas, one thing that I found really challenging was colours. Like most of Dubai’s high rise apartments, Natalee’s home has the most beautiful big windows, but the glass has a distinct blue tint which affects pretty much every colour in the home. Kudos to Nat for working her editing magic around that issue.’ 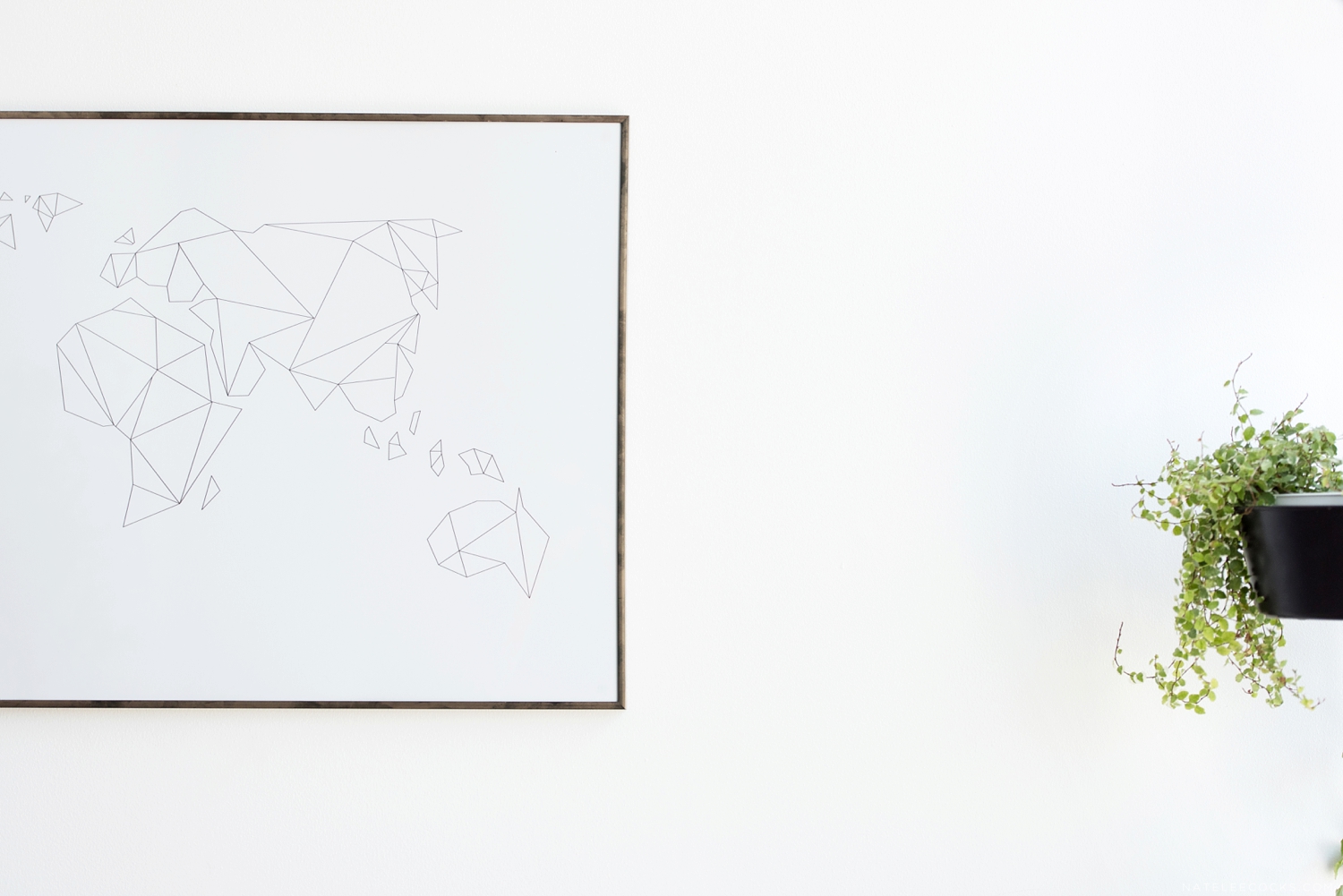 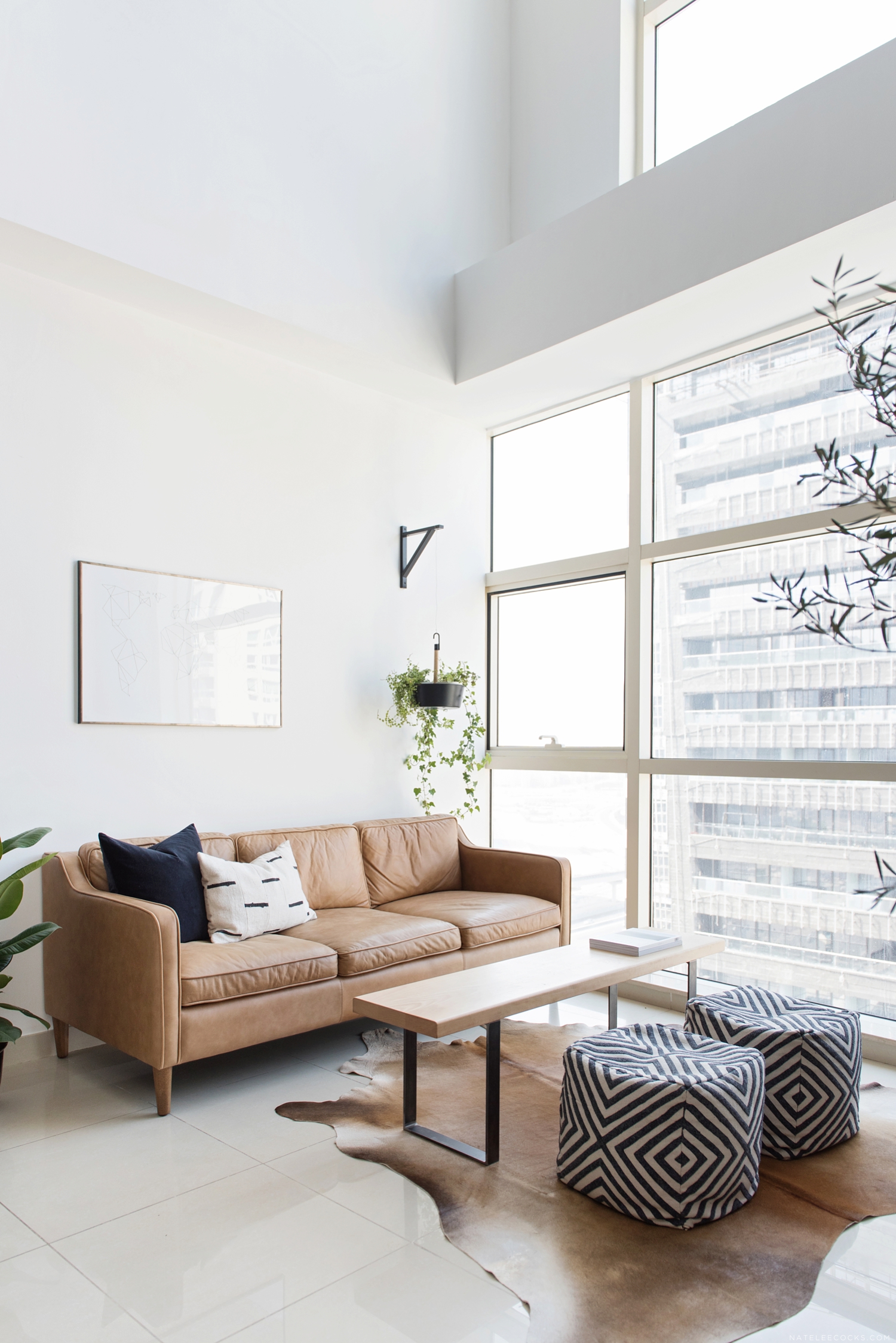 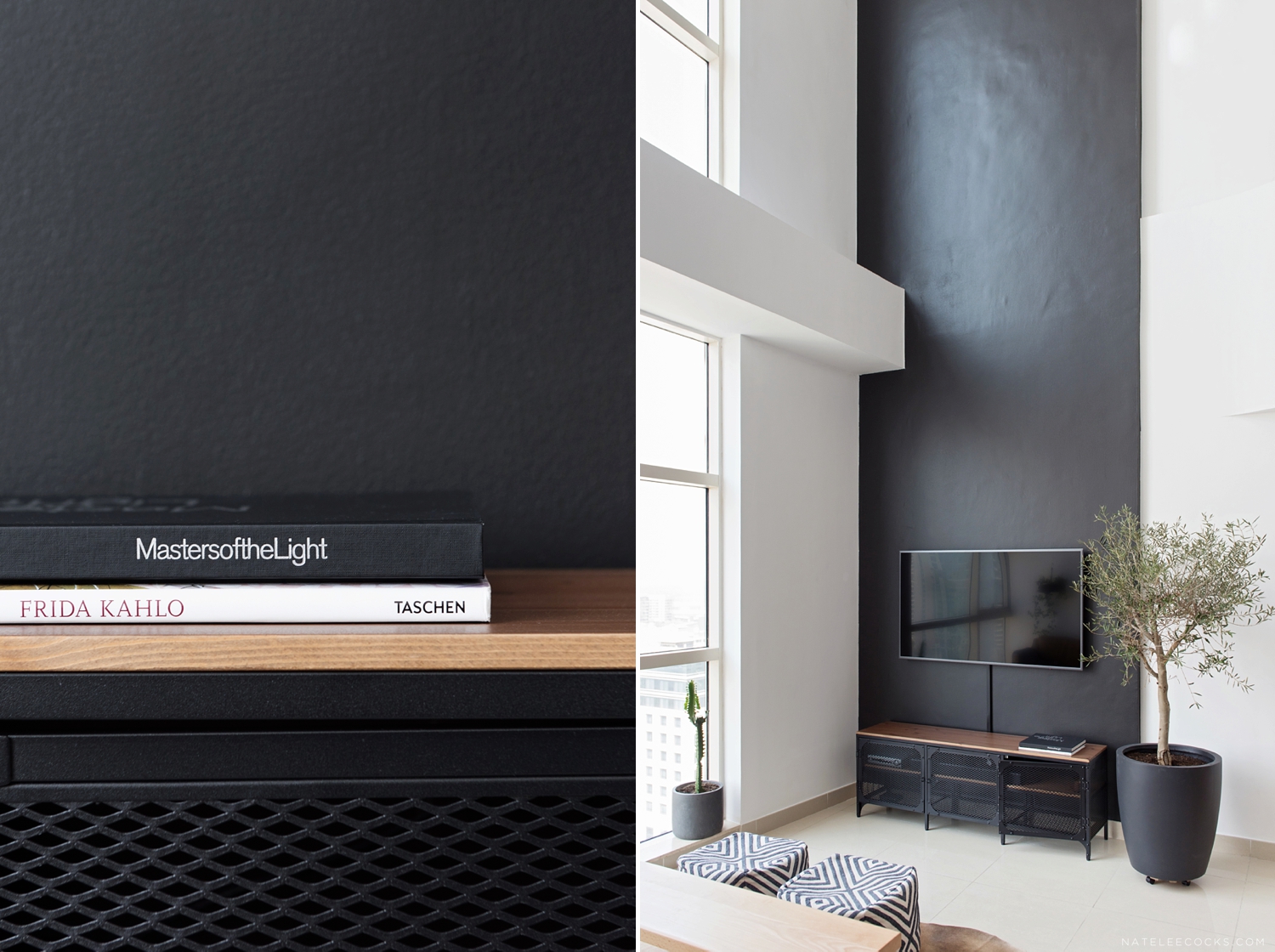 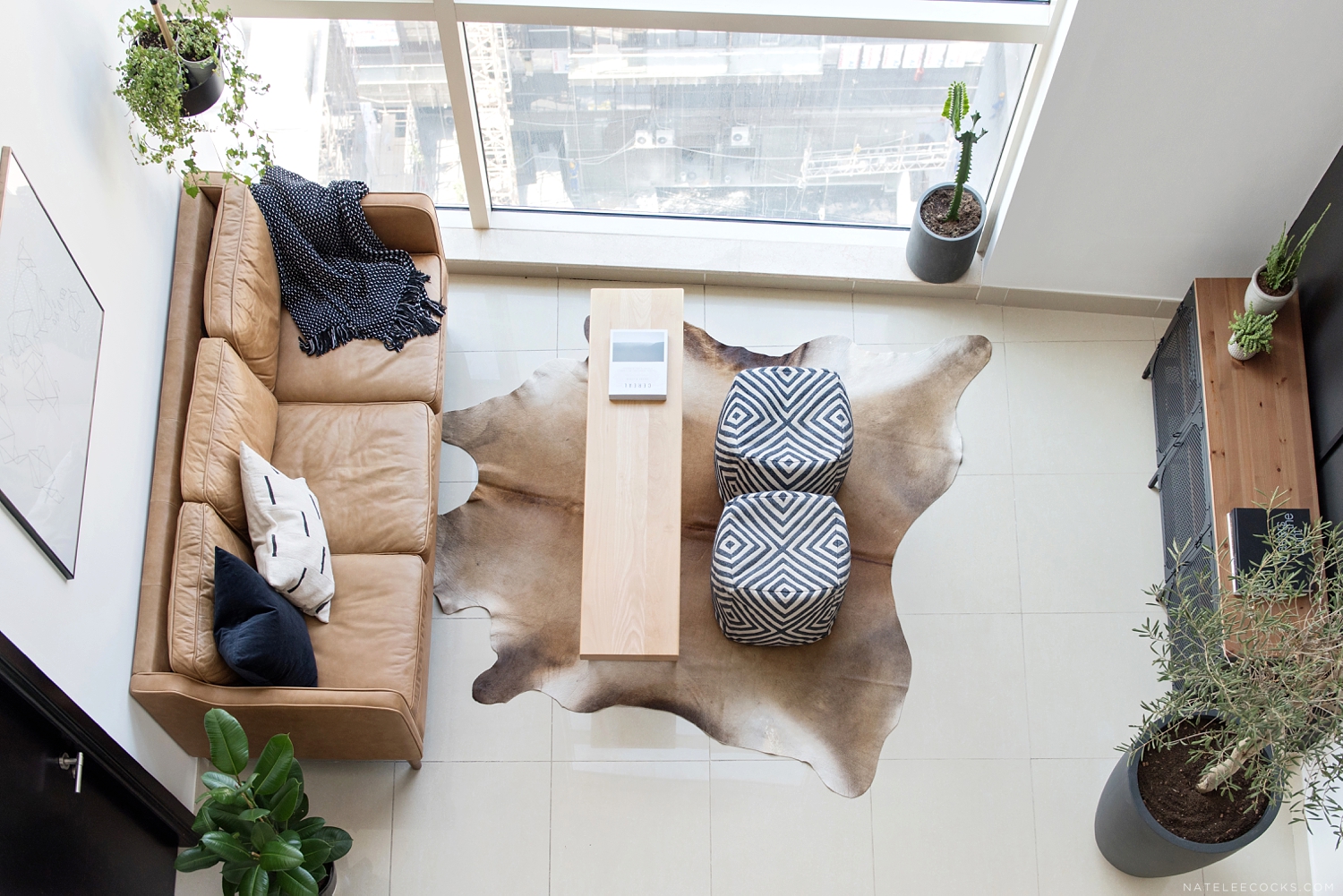 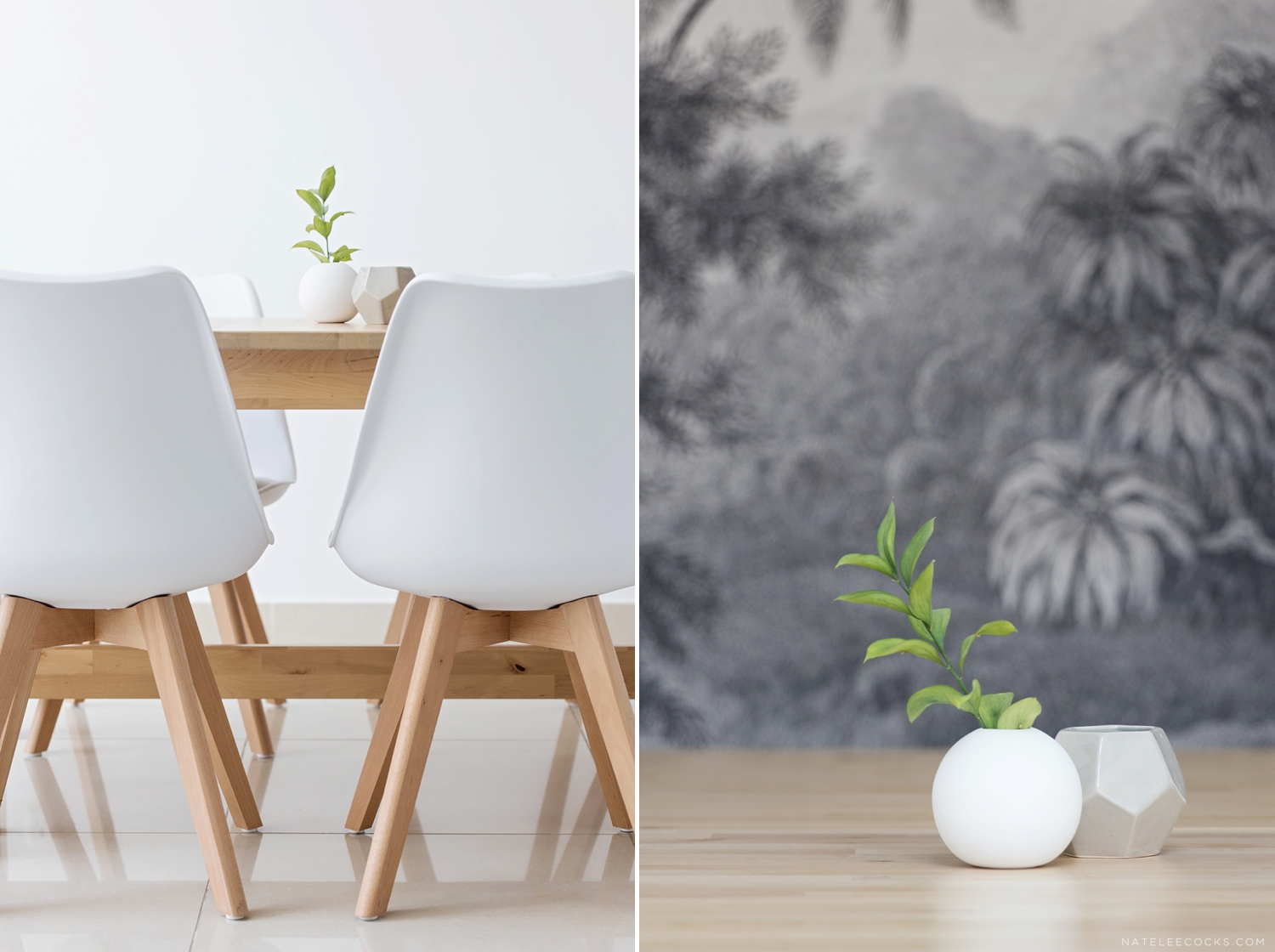 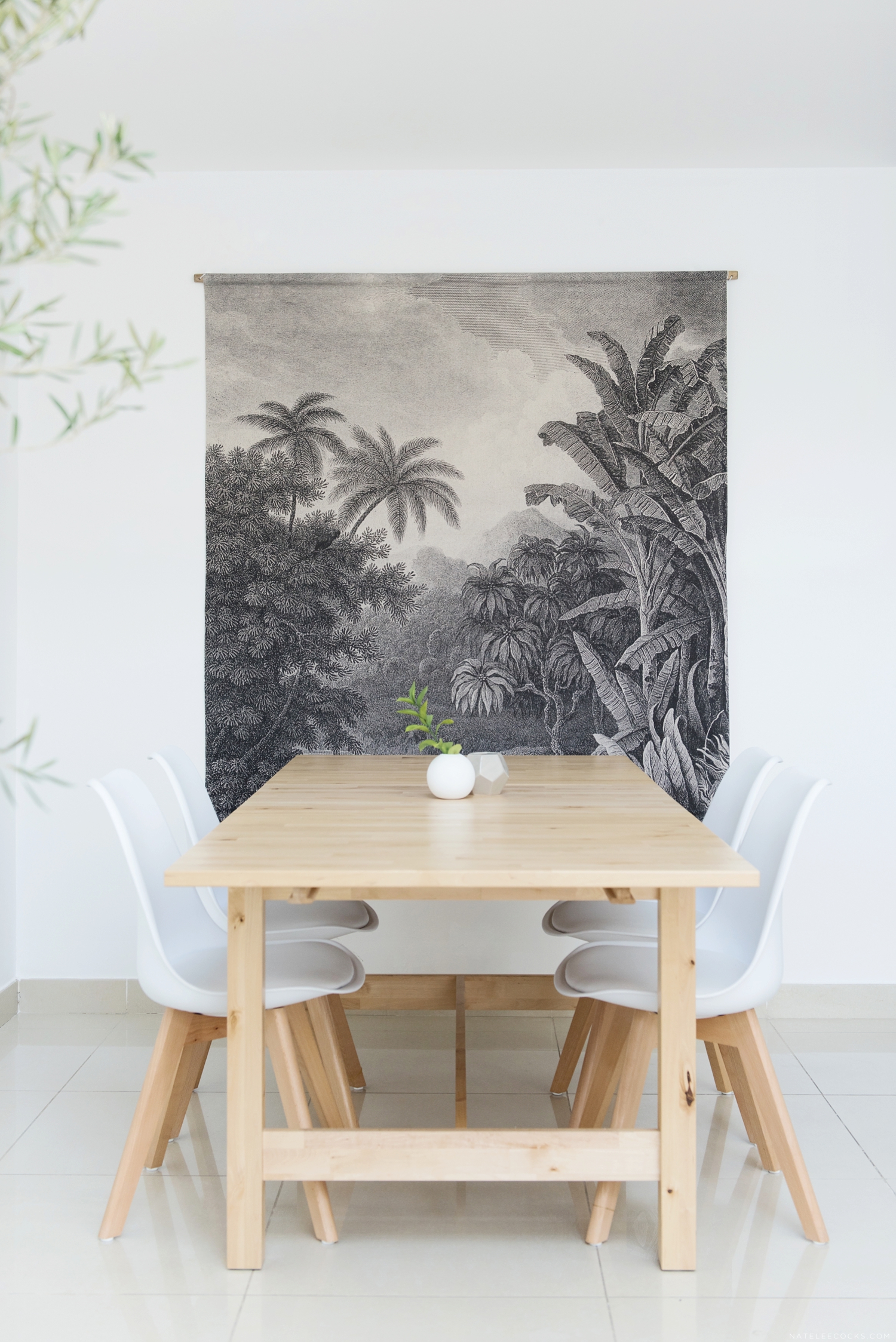 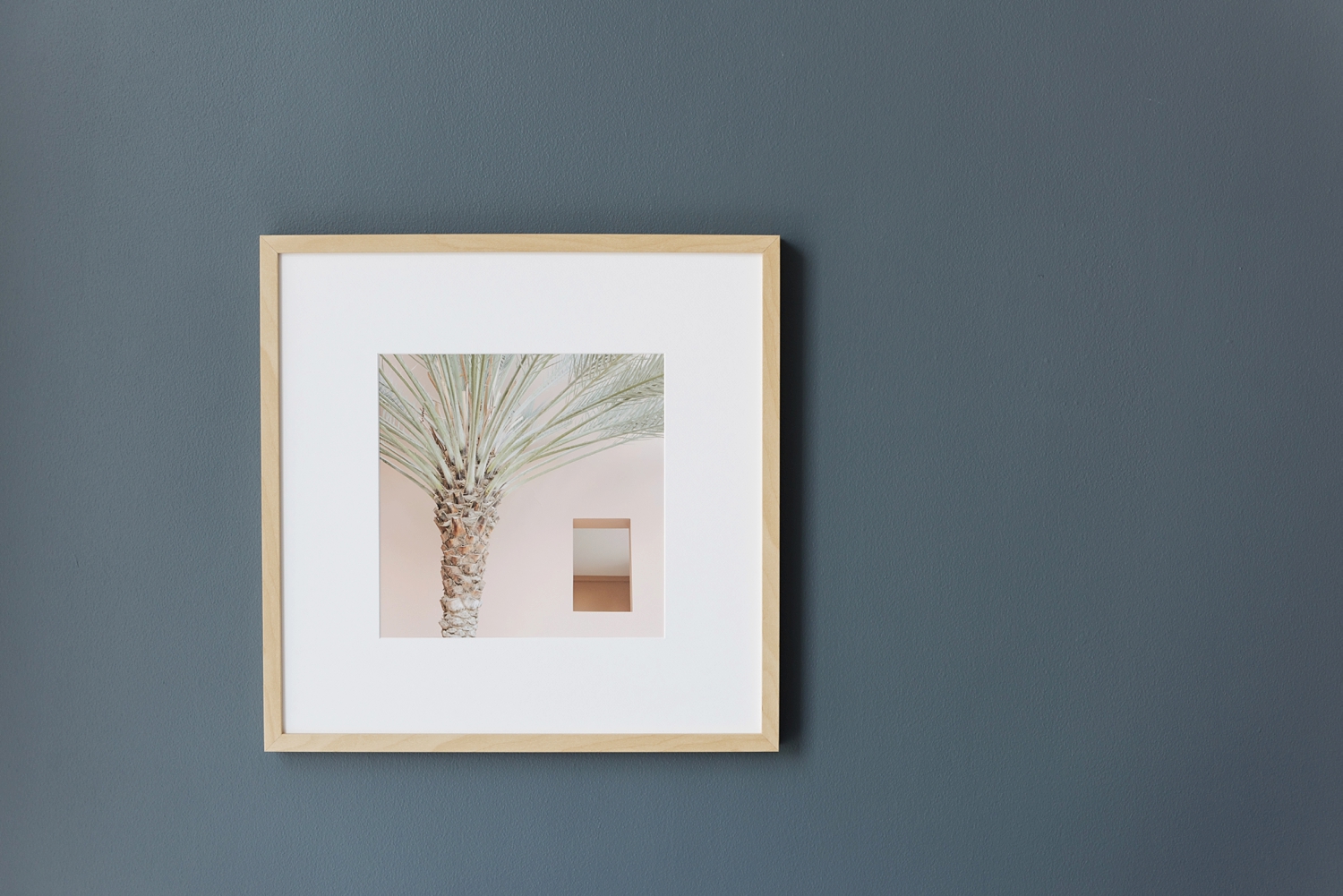 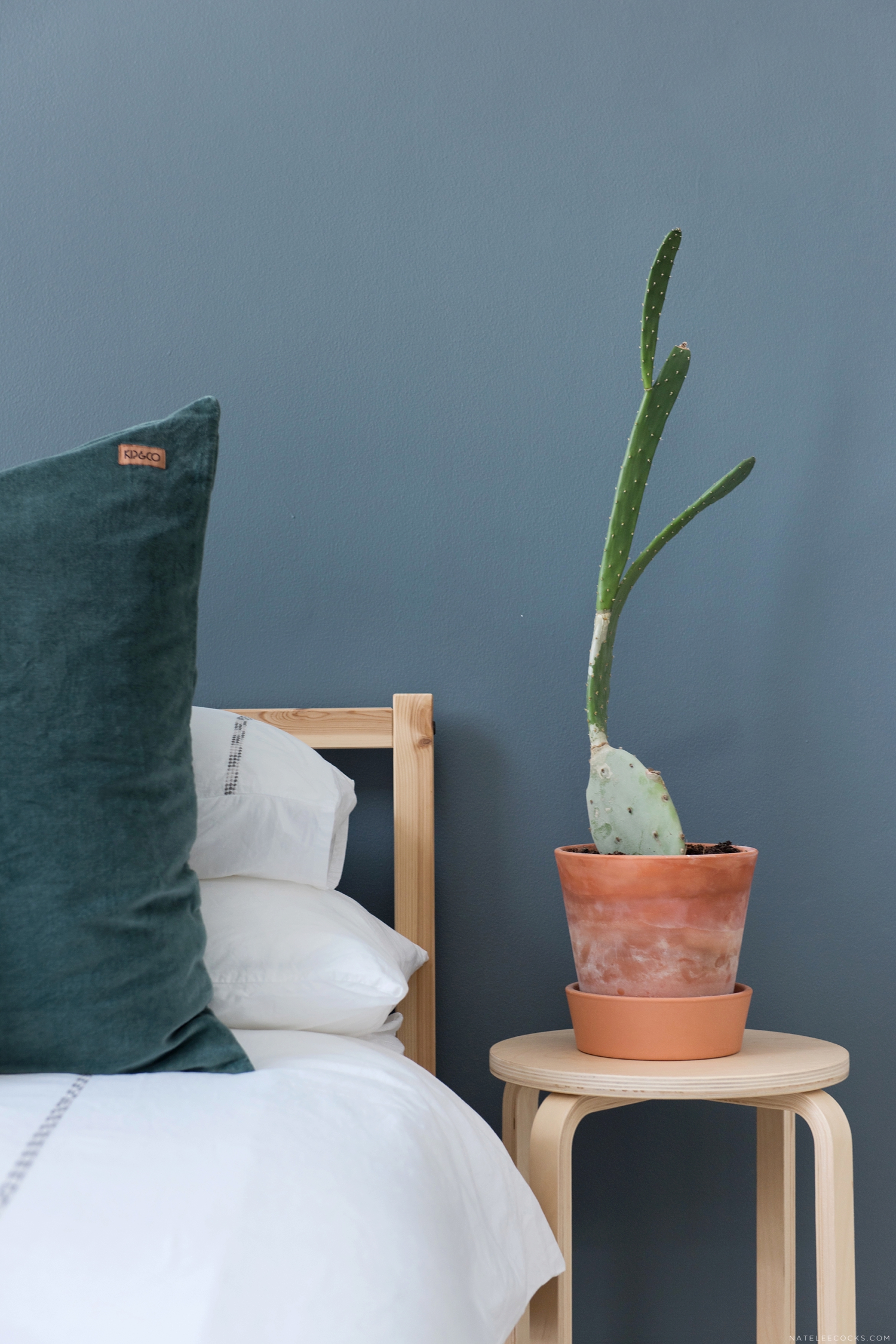 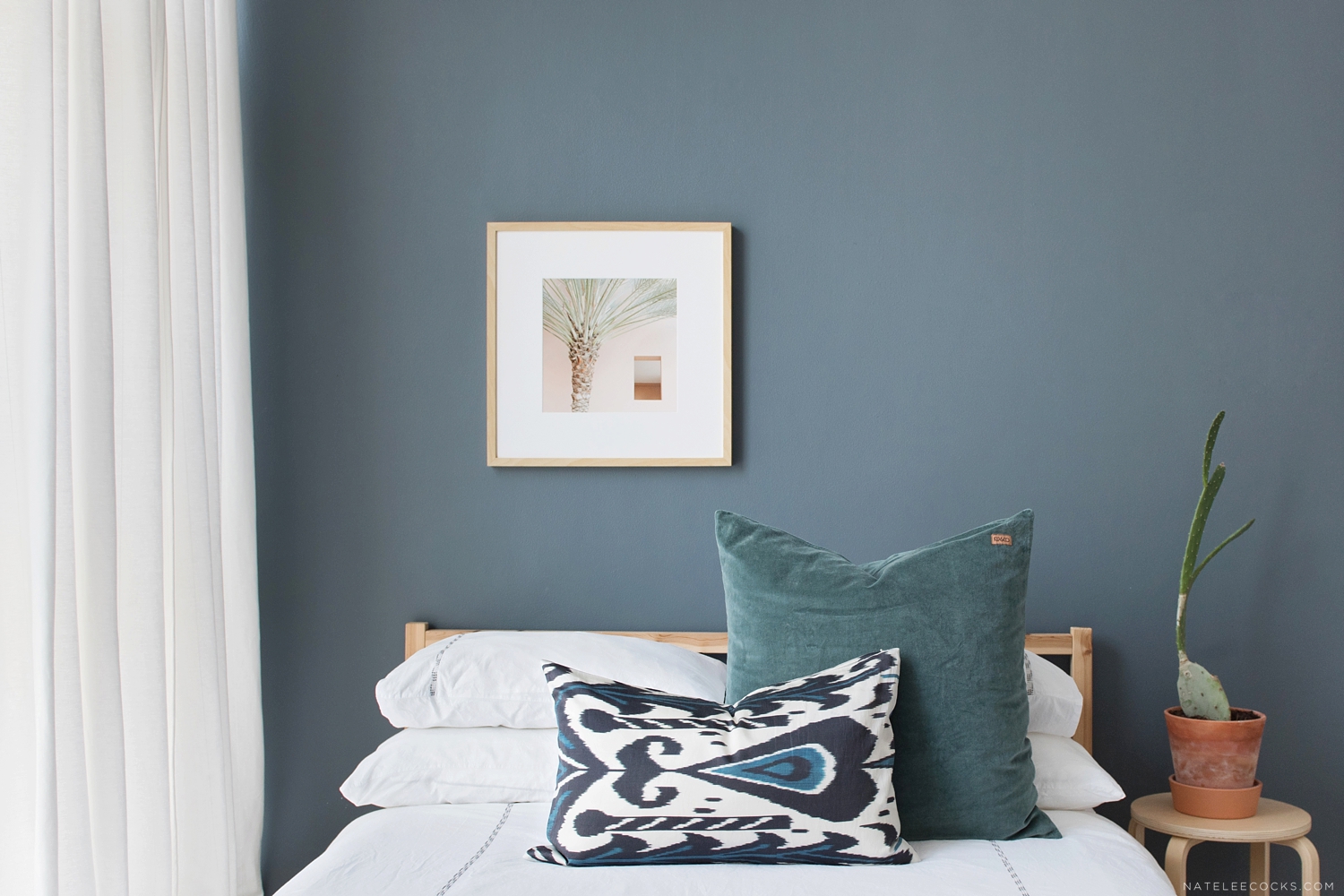 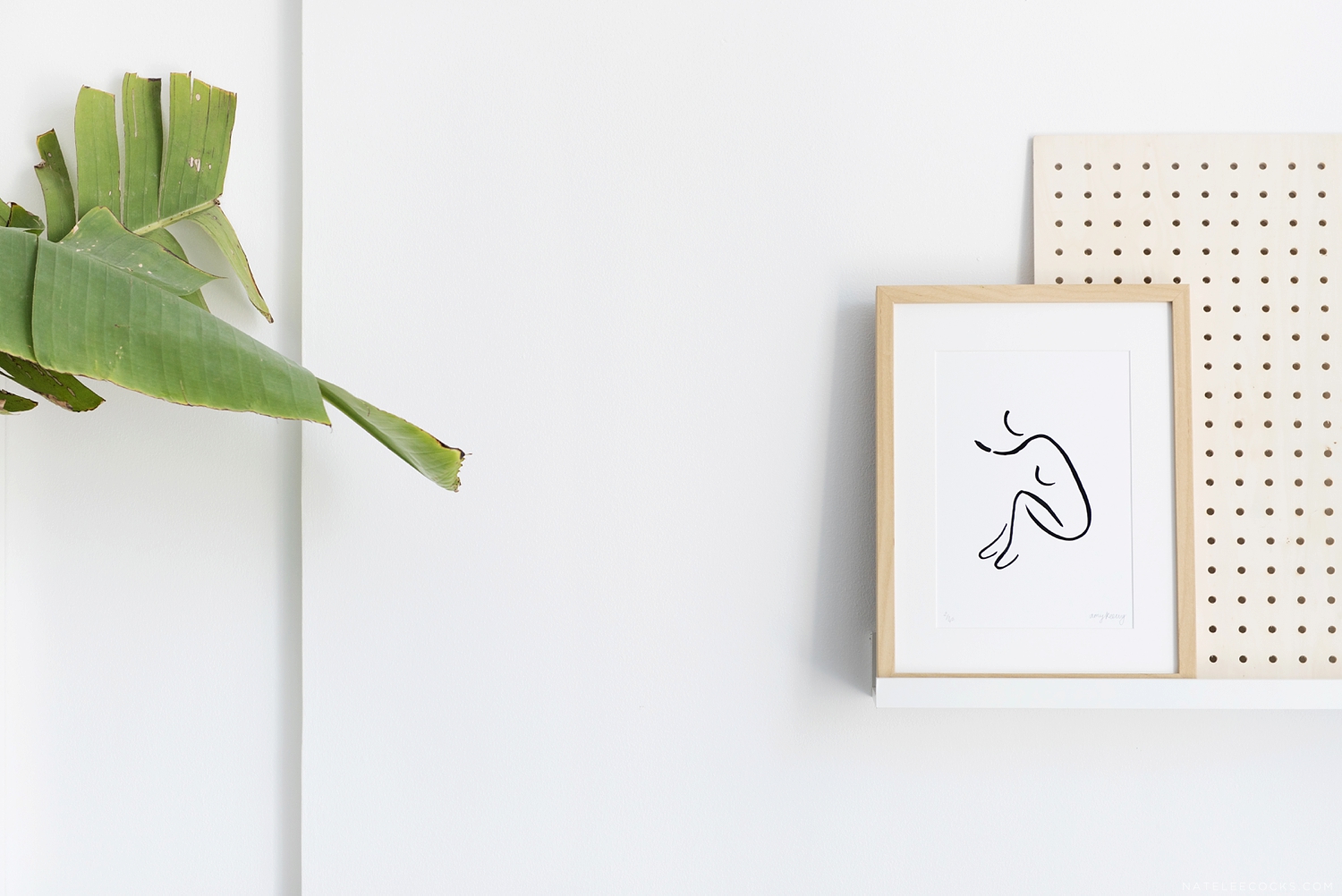 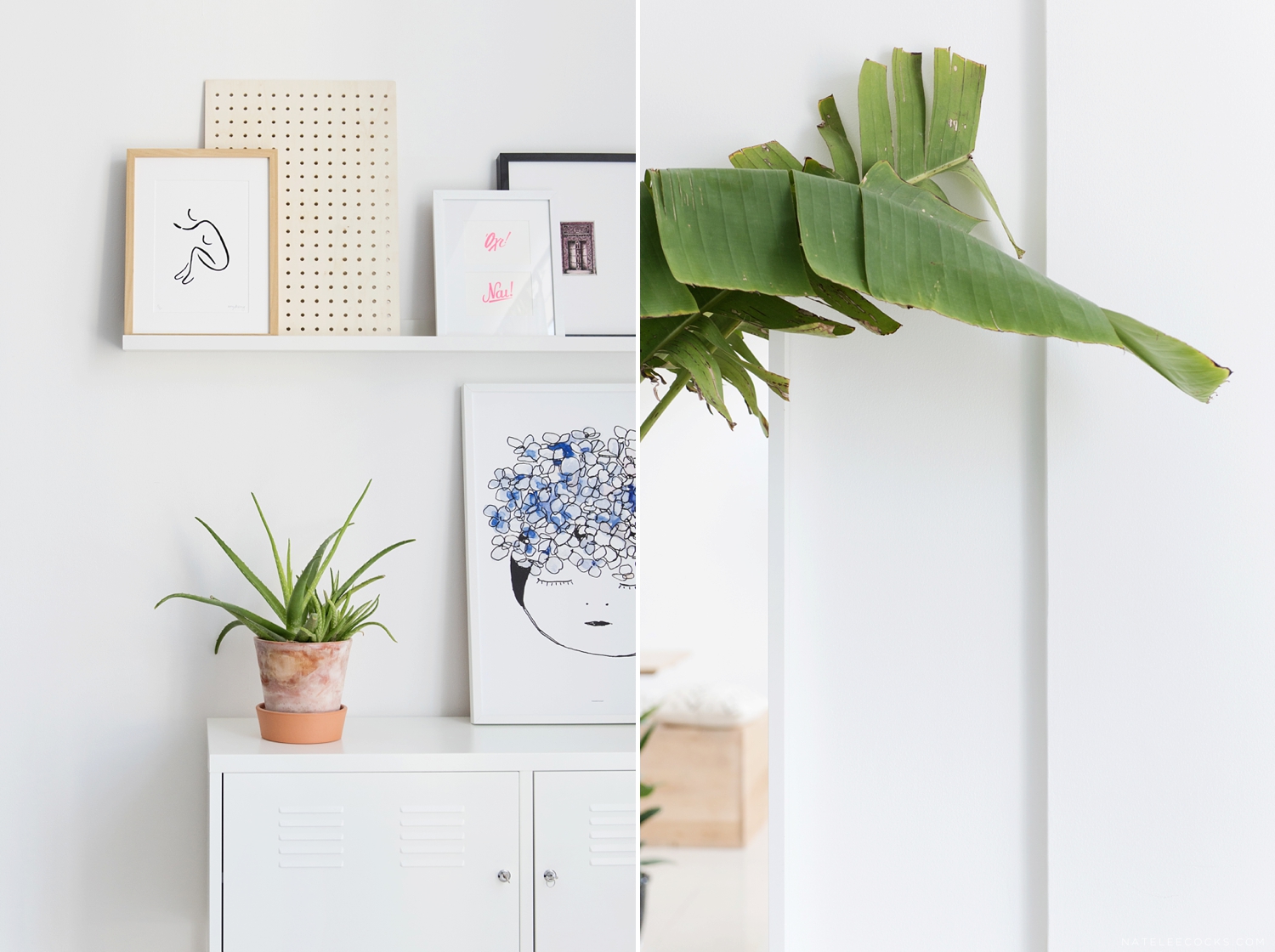 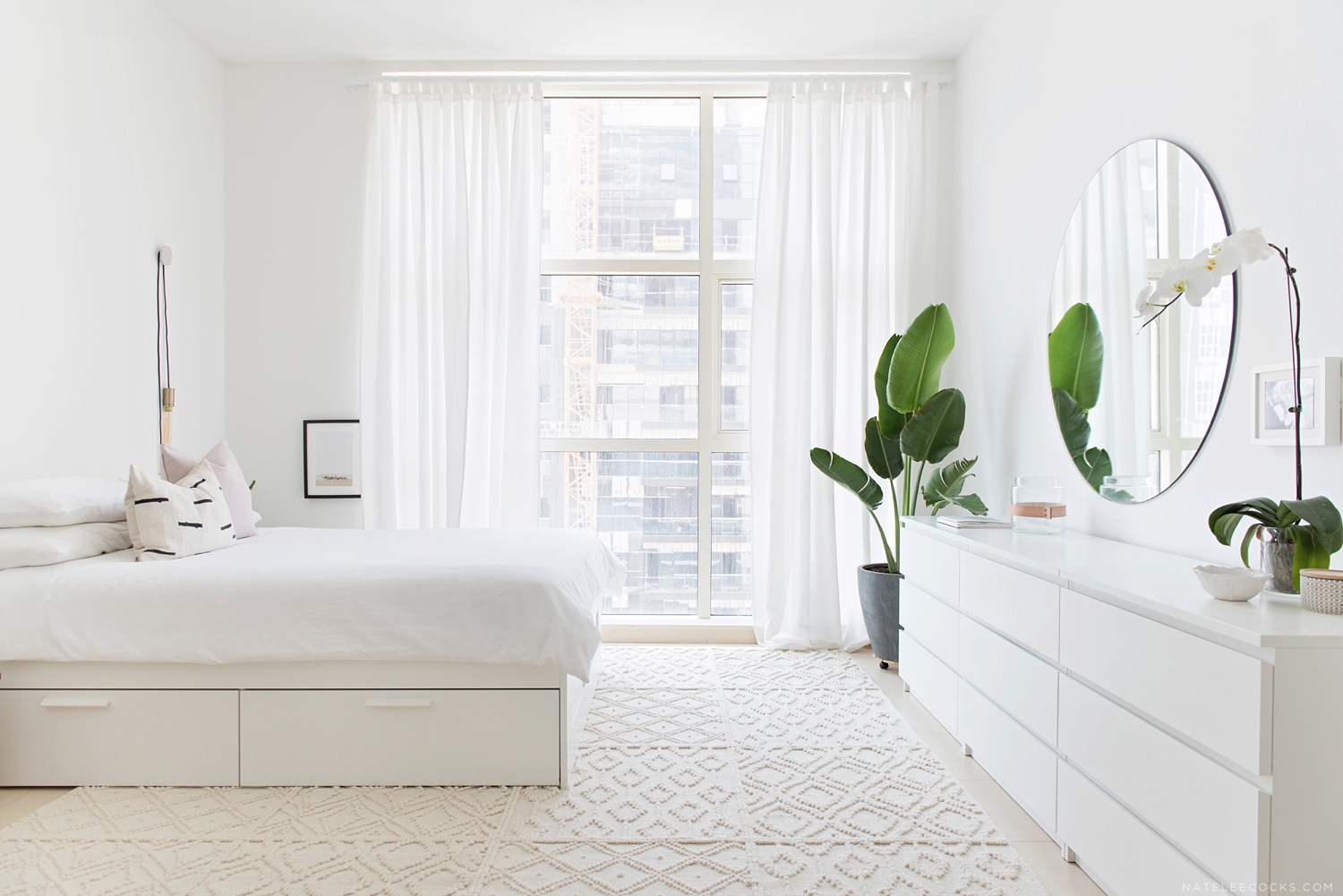 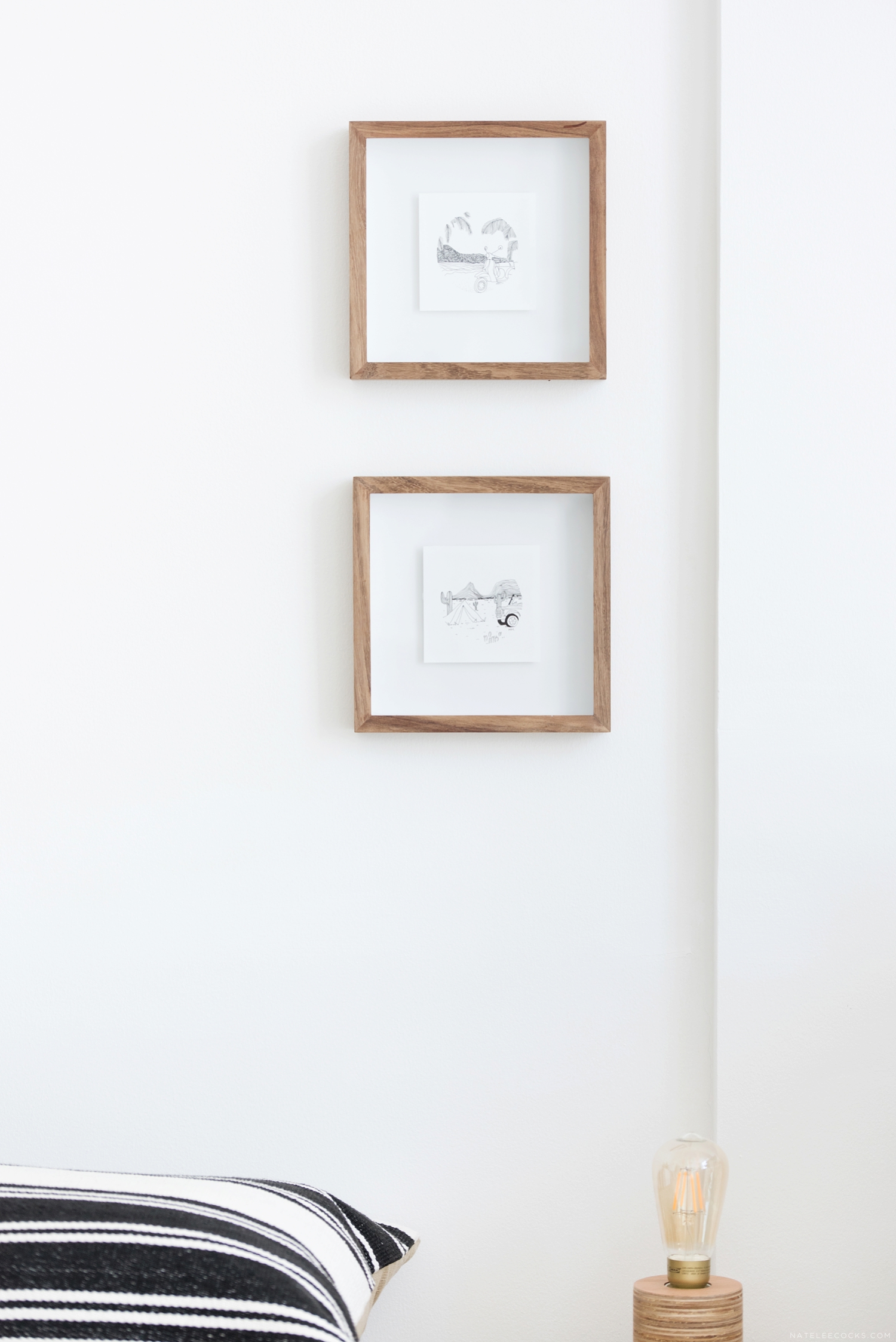 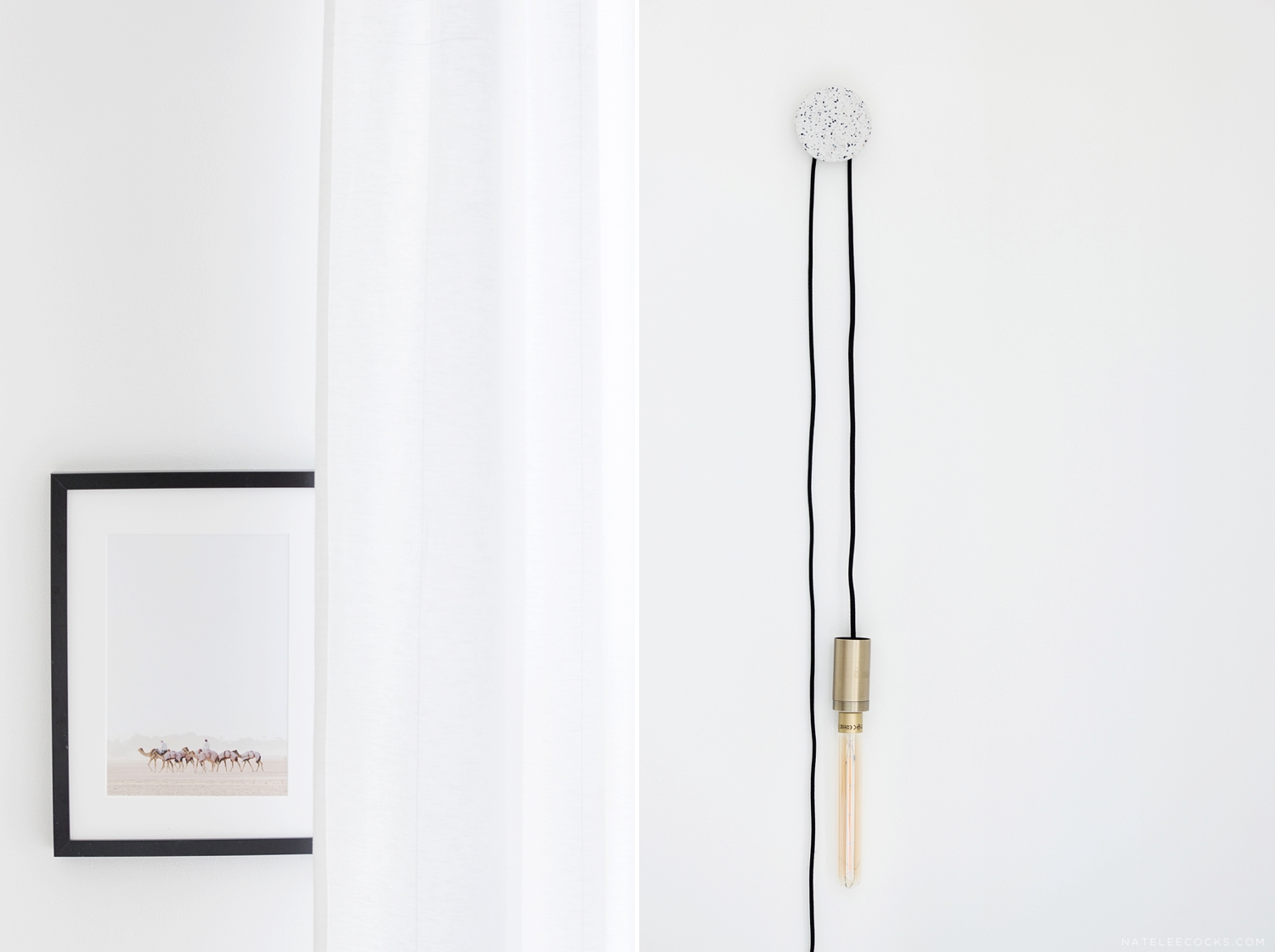 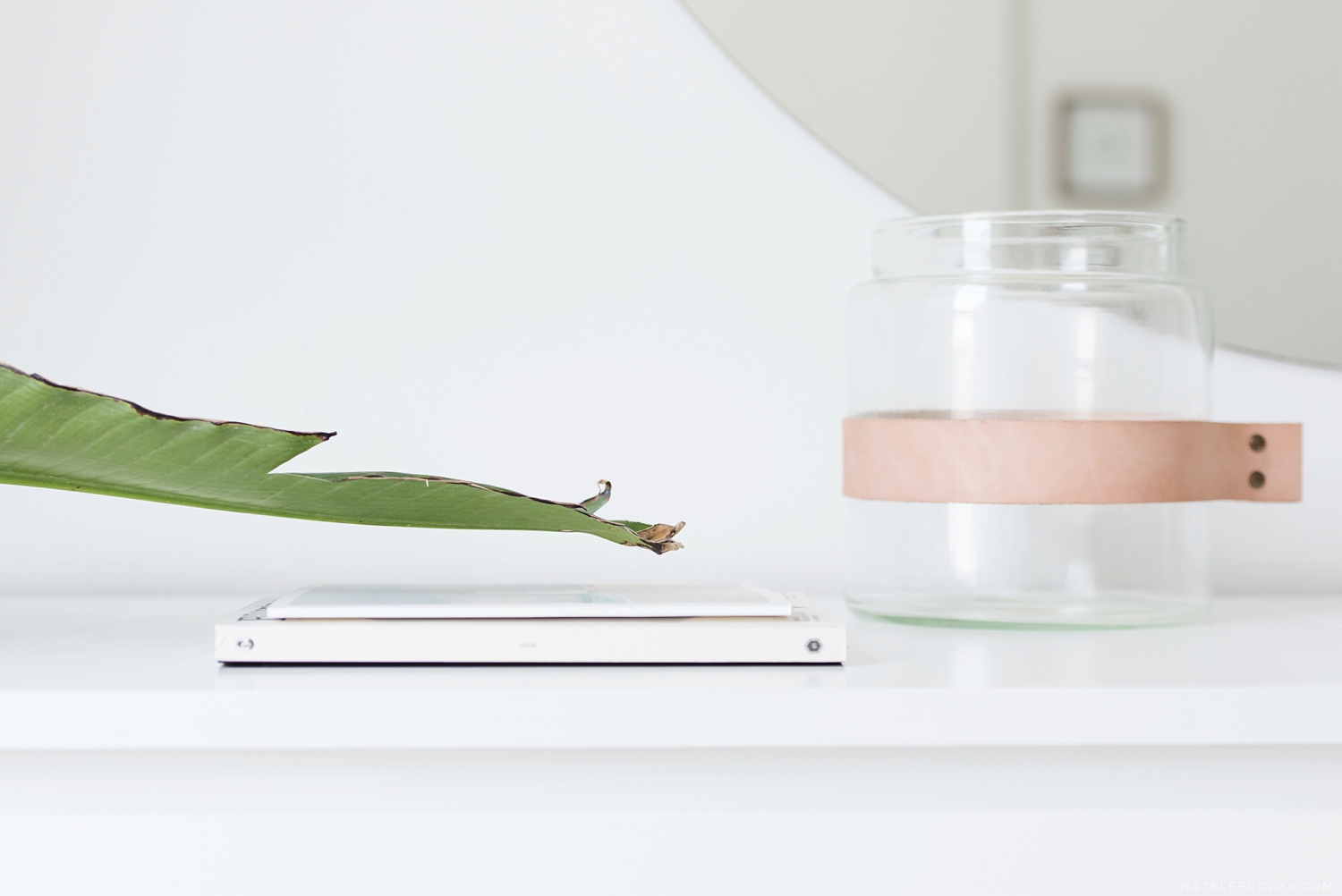 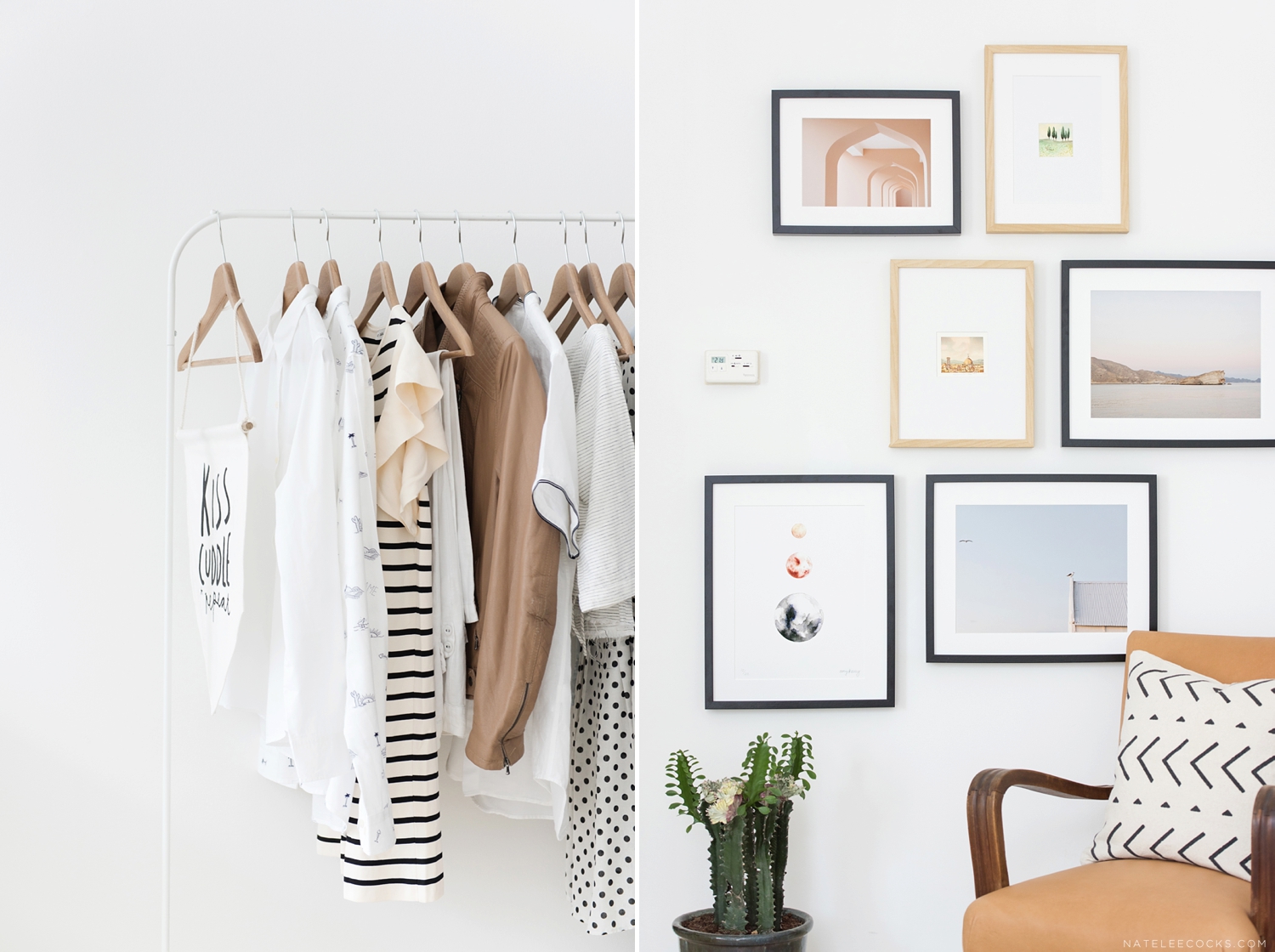 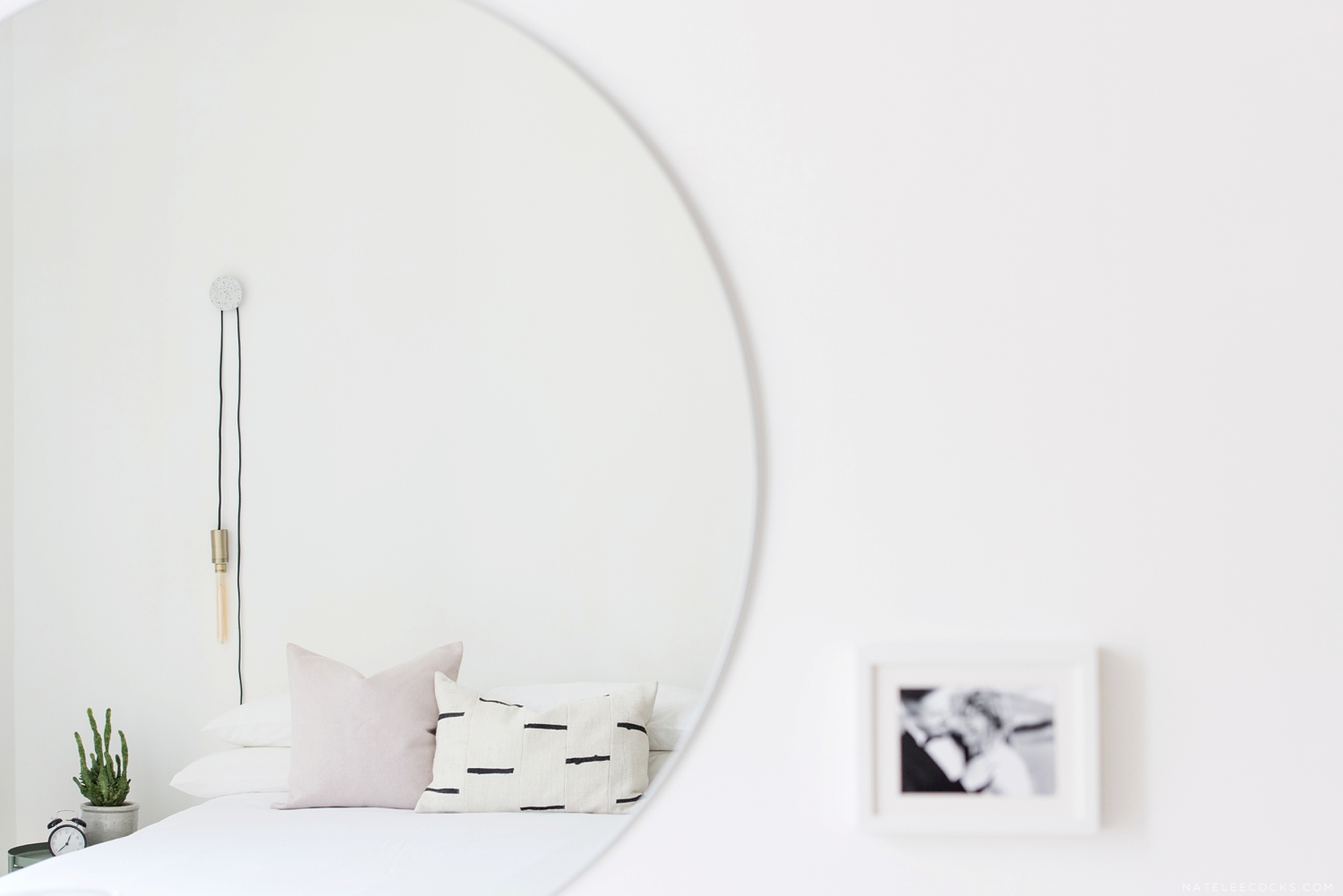 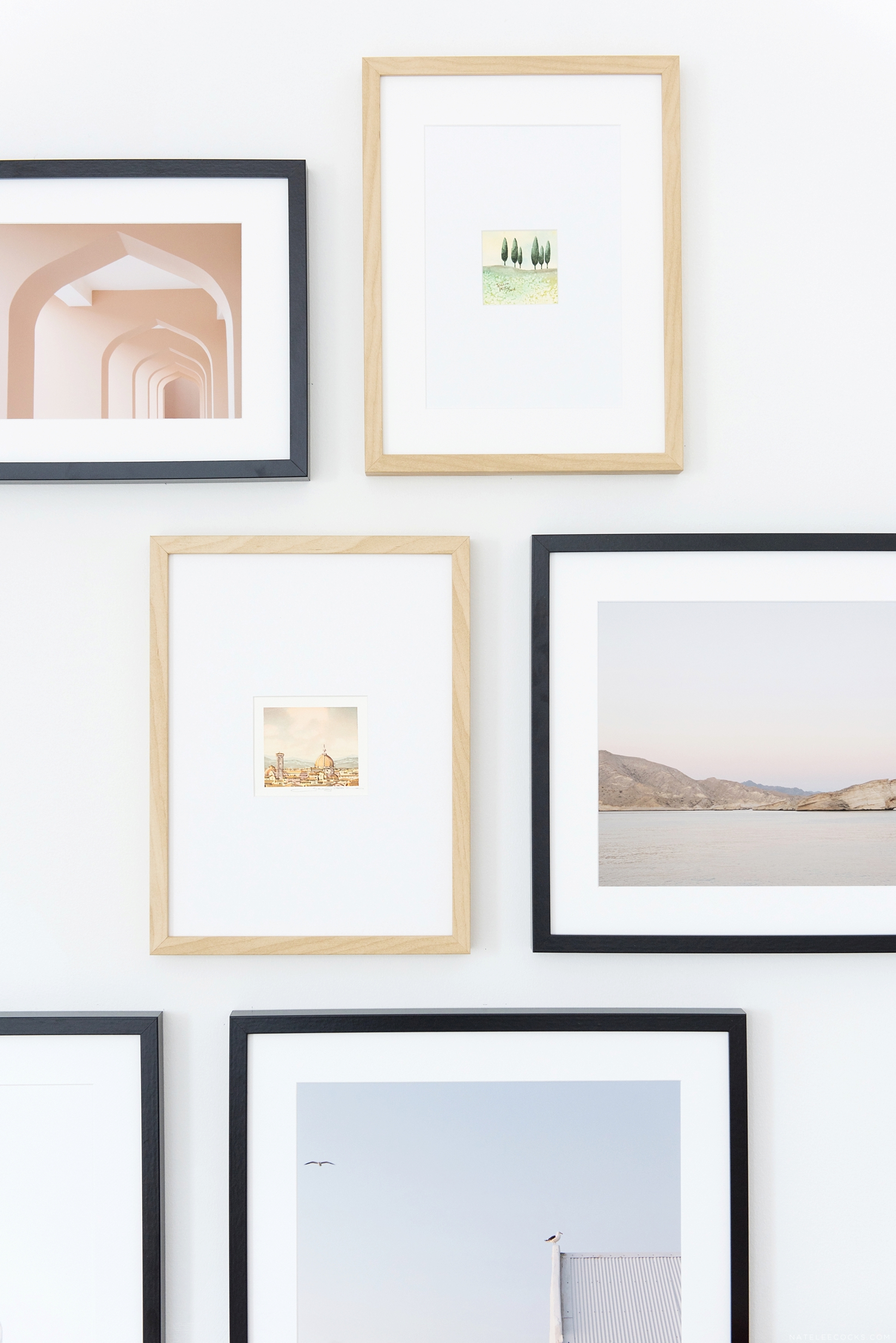 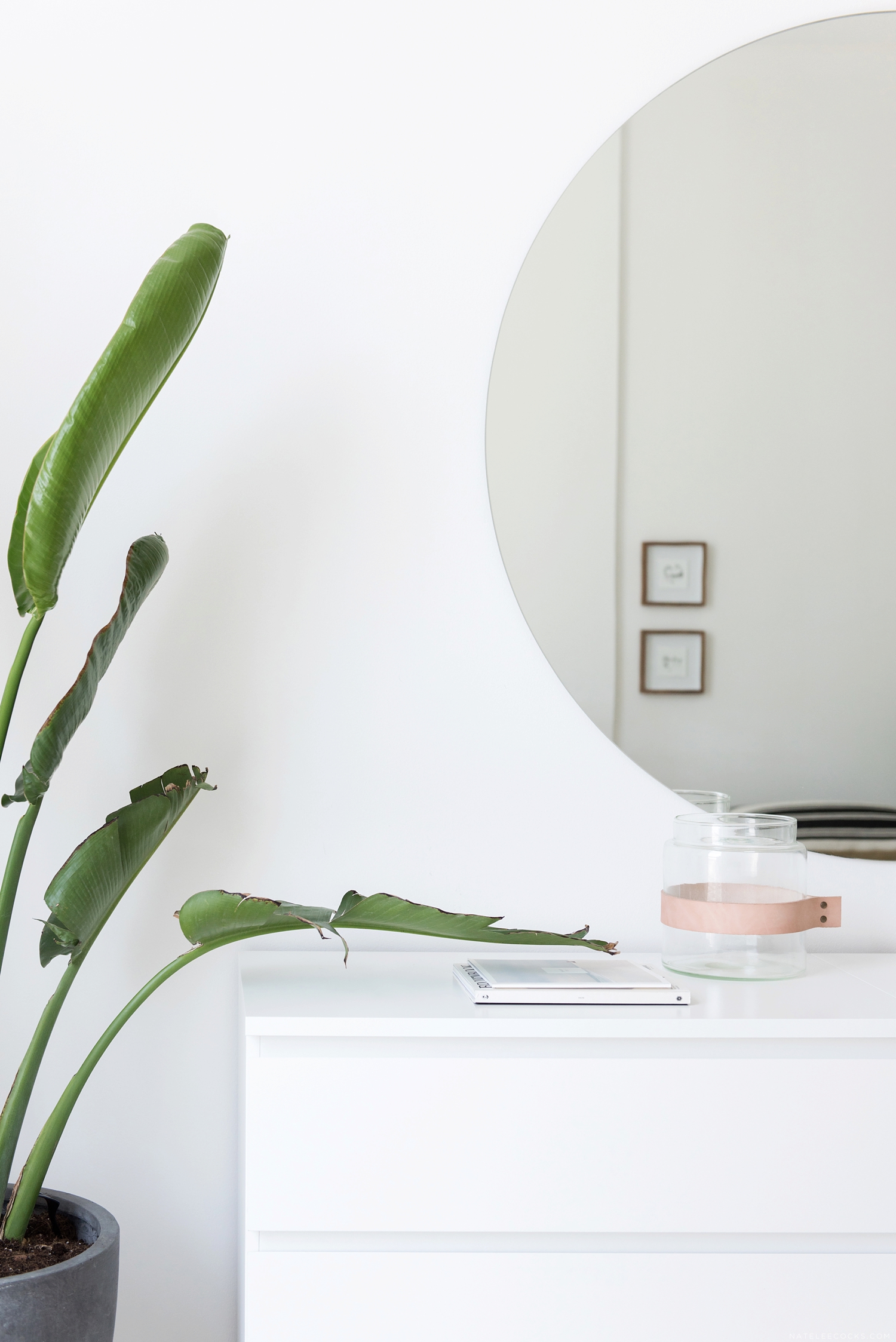 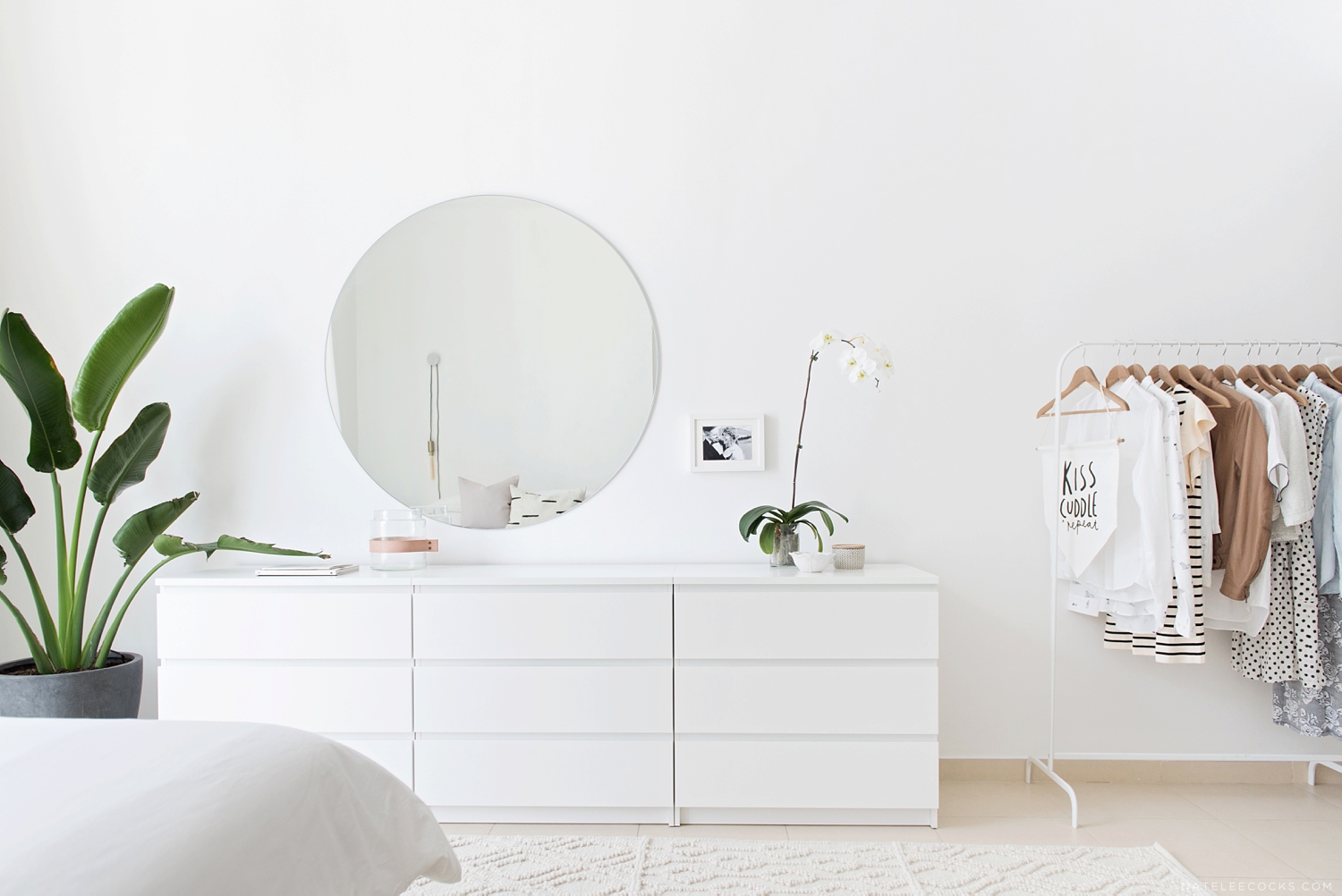 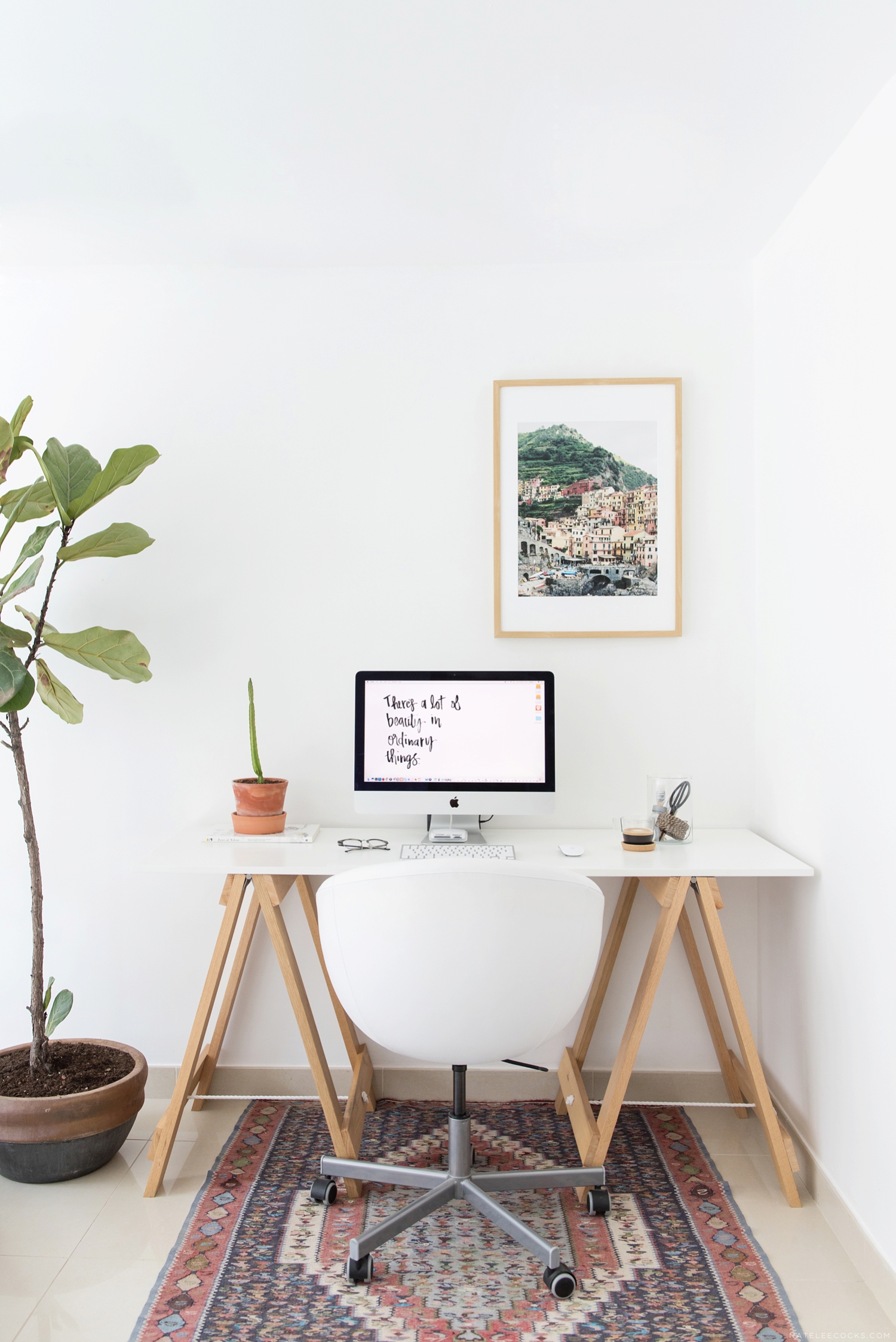